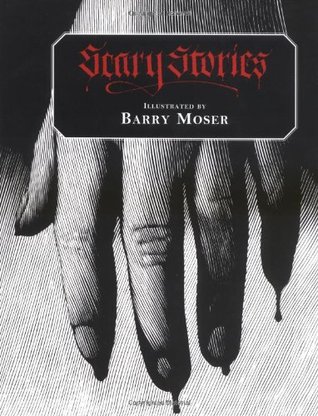 I may be the biggest chicken there is. I can’t watch horror films, dark rooms creep me out, and I can have a pretty active imagination when things go bump in the night. Still, I love to read spooky tales and ghost stories. While in college I stumbled across a couple ghost story authors that I absolutely love. They are primarily Victorian era authors, but there are a few more modern ones. The first few ghost story anthologies I read really got me into them, and from then on I started buying any anthologies I would come across. Sometimes this meant volumes of short stories by one author, but often it was collections from all kinds of authors. 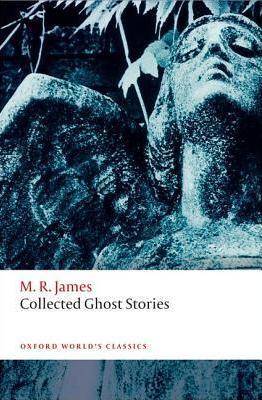 If you’re interested I suggest looking for Wilkie Collins, Ambrose Bierce, Algernon Blackwood (his Wendigo story still freaks me out ten years after reading it), Elizabeth Gaskill, and M.R. James. Penguin published a collection of ghost stories called American Supernatural Tales that included Poe and Stephen King as well as Washington Irving and was quite good.

To celebrate the Halloween season I’m reading through a couple of these anthologies that have been sitting on my bookshelf for far too long. So far they’re great. Scary Stories with illustrations by Barry Moser has a few tales that I’ve never read. My favorite thus far has been the first story in the book that has a little girl getting retribution for the death of her kittens. It’s more creepy than scary with an incredibly clever twist at the end.

I also have (yet another) collection of M.R. James tales. M.R. James was the author I came upon quite by accident when I was studying abroad in Cairo. I had way too much free time and was miserable to boot so I began wandering the American University’s bookstore. They had a really fabulous literature section and I began buying any and every book that piqued my interest. One of the first I got was this collection of ghost stories. If

reading every saved me, it was then. And if there was one book that made me realize I could lose myself in books, it was this one. I still have the book and I return to it every once in awhile. I’m hoping that this new Oxford edition will have a few tales I haven’t read and will bring me back to some of my old favorites (“Casting the Runes “and “Canon Alberic’s Scrapbook”).

The other collection I have picked out is San Francisco Noir 2. The Akashic Noir series complies collections of ghost and supernatural stories from one city (there are a few geographical areas slipped in). Not all the stories are from the US either. There is Tehran Noir, Haiti Noir, and Bangkok, to name a few. I have also read New Orleans Noir which I bought in an old funeral home converted to a Borders bookstore in the Garden District. Awesome! I’m curious if the San Francisco one will have a similar feel to the New Orleans one. I highly recommend the series, especially if you live in or have visited any of the cities featured. Check out the GoodReads listing of the series here.

Ghost stories, especially anthologies, are great reading for high school (and even brave middle schoolers). If you go with the classics they’ll be creepy, but not inappropriate (unless, of course, you consider murder inappropriate). You can pick the book up for a few minutes and read a story, then put it down again without needing to keep the whole book in your head. The anthologies often contain some excellent authors, authors who may appear on the the AP exam, so you can frequently get a literary factor in there too. Plus the stories are always so engaging.

Any one else love to read these kinds of books? Any favorite ghost stories or authors out there?